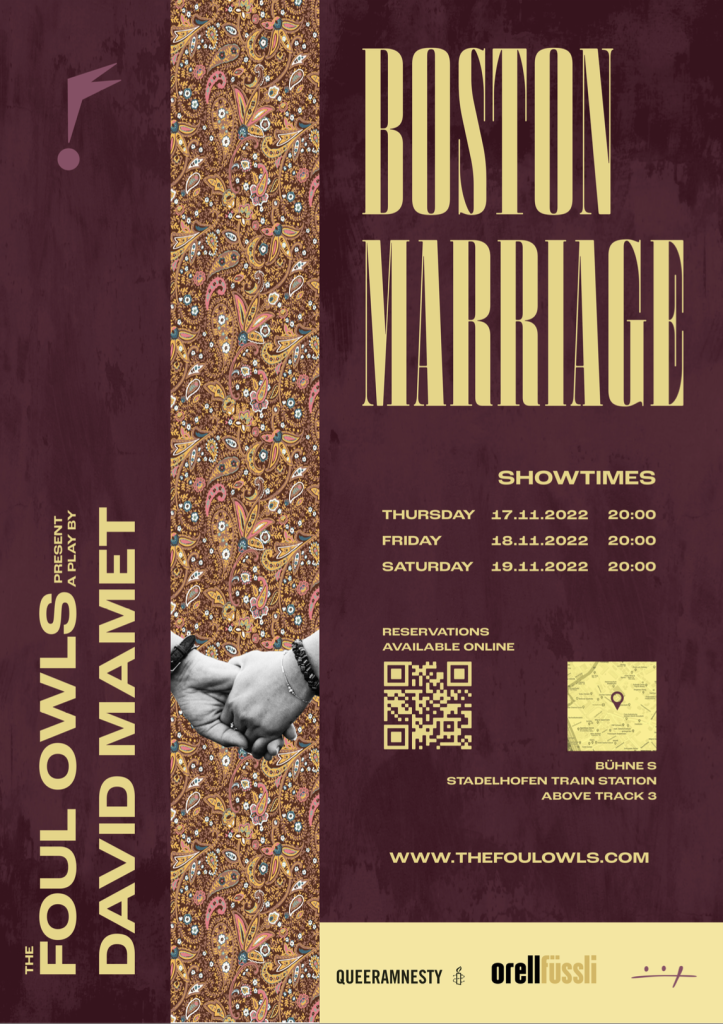 Anna and Claire are the closest of bosom friends, living together, gossiping about high society, and tormenting their maid – a true Boston Marriage at the end of the 19th century! But their relationship is threatened, when Anna takes up with a gentleman suitor – one must make a living after all – and Claire falls head over heels for a much younger woman.

A queer love story that captivates audiences with its fast-paced dialogue and biting wit!

Boston Marriage is a play by renowned American playwright David Mamet. It premiered at the American Repertory Theater in 1999. Mamet has written numerous plays and movies, for which he was nominated for Tony Awards, Golden Globes and Academy Awards. He won the Pulitzer Prize for his play Glengarry Glen Ross. It was adapted into a film starring, amongst others, Al Pacino and Jack Lemmon. 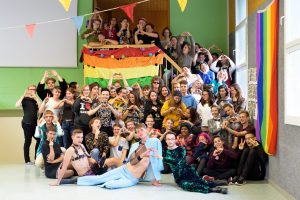 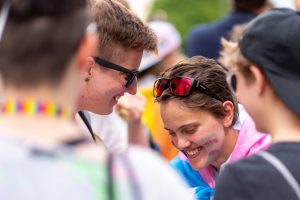